Walking in the FOOTSTEPS (that's a Pearl Jam song) of THE RAMONES!

For years, I've been wanting to visit the neighborhood that gave us THE RAMONES. Today, I took the Long Island Railroad from Penn Station to Forest Hills and walked around, while listening to Soundgarden's King Animal. Around the station, there is the shopping area of Austin Street, but if you walk south on 71st Ave, you will see one million dollar home after the next. 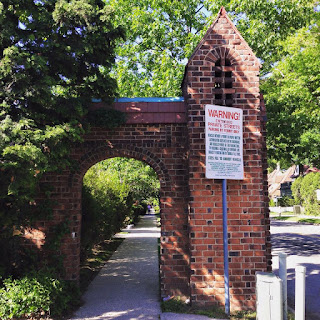 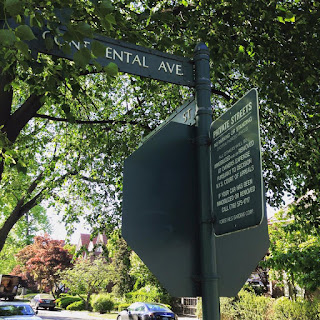 My next destination was The Lemon Ice King of Corona. The Q23 bus got me there in 15 minutes. I can't think of ever having had better Italian ice. I tried 4 different flavors. They don't mix them, so that was my only choice.

From there, it was about a 10 minute walk to The Queens Night Market near the New York Hall of Science in Flushing Meadows Corona Park. I was really glad I went. The market was very International and I would certainly go again. 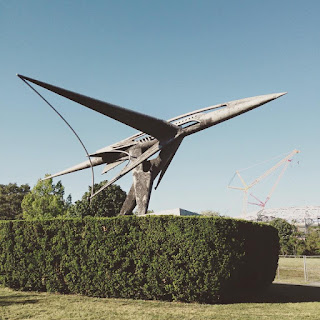 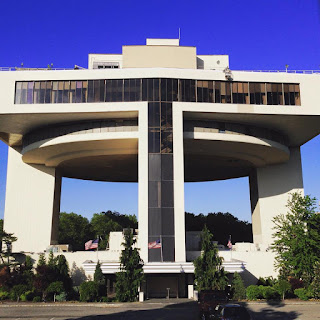 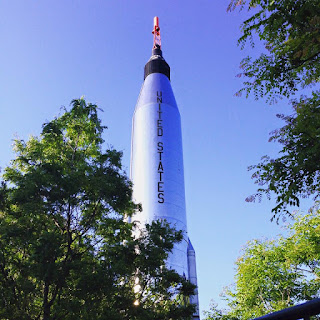 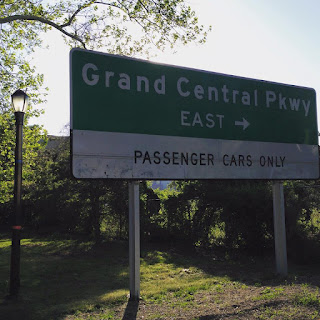 After leaving the night market, it was about a 10 minute walk to the 111th St train station. The 7 train had me back to Bryant Park in 30 minutes. The walk & the subway ride gave me enough time to listen to my 2nd favorite U2 album, How To Dismantle An Atomic Bomb.

Walking from state to state

Over the past 2 years, I've walked over the the BMW (Brooklyn, Manhattan, Williamsburg) bridges. Today I decided to walk over the George Washington. I drove to Fort Lee Historic Park  and parked my car there. After spending about an hour in the visitor center, I started my walk to New York.

A walk like this is not nearly as fun without music. I chose Soundgarden's King Animal. When I think of their latest album, I think of my 1st night staying with a Thai family in Songkhla province (Southern Thailand) the night before my 34th birthday.

After crossing the bridge, I made the not so easy trip to Fort Washington Park with the intention of arriving at Jeffrey's Hook Lighthouse. 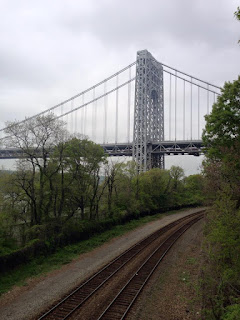 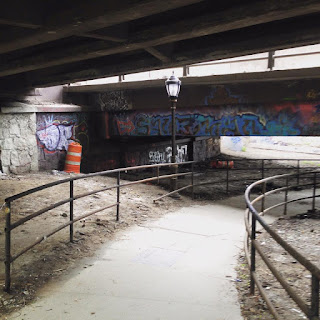 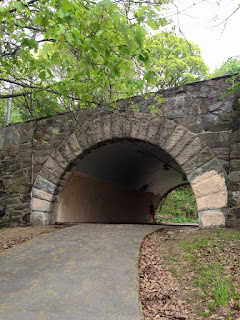 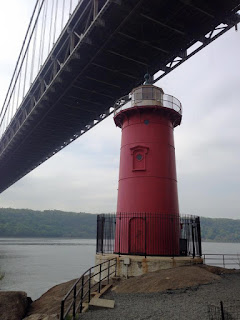 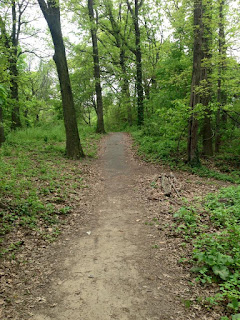 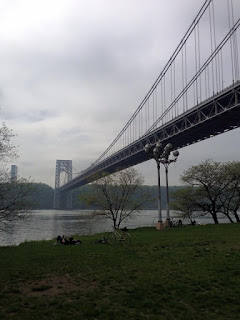 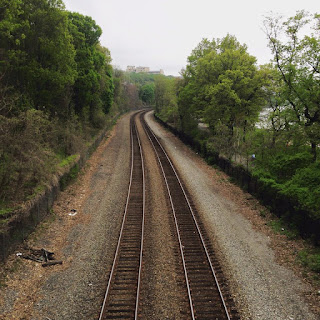 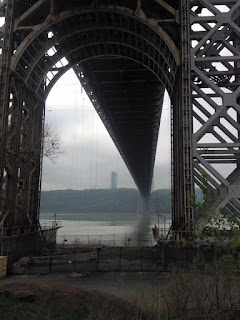 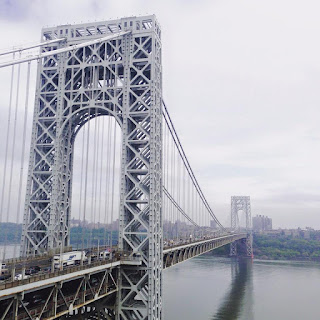 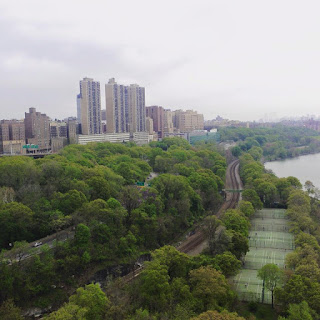 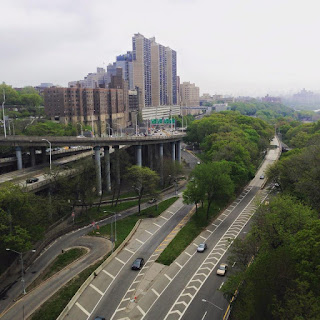 It was only mid afternoon and I had seen what I came to see, BUT for the past couple years, no trip to NYC is complete without getting some french macarons. Macaron Parlour on the Upper West Side is the closest place to Washington Heights that I'm aware of, so I took the A train to 168th Street, where I transferred to the C train.  I exited at 86th street, along Central Park West. Macaron Parlour is between the 1 line and the BC line, but 86th street is not an express stop on either line.

After buying a dozen macarons, I listened to U2's War on my iPhone and took the 1 train back to 181st Street. I wanted to get something to eat and as I was getting close to the pedestrian entrance to the GWB, I spotted Bangkok Heights. Washington Heights is not known for Thai food, but besides Los Angeles, Thai people do not have their own areas, so their restaurants tend to be scattered about. I had a bowl of Thom Kha, put on the Rolling Stones Tattoo You and started what seemed to be a much longer walk across the GWB. While King Animal reminds me of Songkhla Provice in Southern Thailand and maybe NYC, Tattoo You makes me think of Cancun (March 2002), Berlin (November 2006) and Songkhla Province (February 2014). Although I like some songs more than others, I listened from start to finish this time. Half the time I might skip SLAVE, BLACK LIMOUSINE, HEAVEN and NO USE IN CRYING).

When I finally made it back to my car, I was happy to be done walking. As much as I take pride in being an urban explorer, that was a lot of walking. I still had the energy to buy a few things at Hmart before taking the long ride back to Pennsylvania. The Henry & Heidi podcast made the long, boring drive on Interstate 80 go quicker. 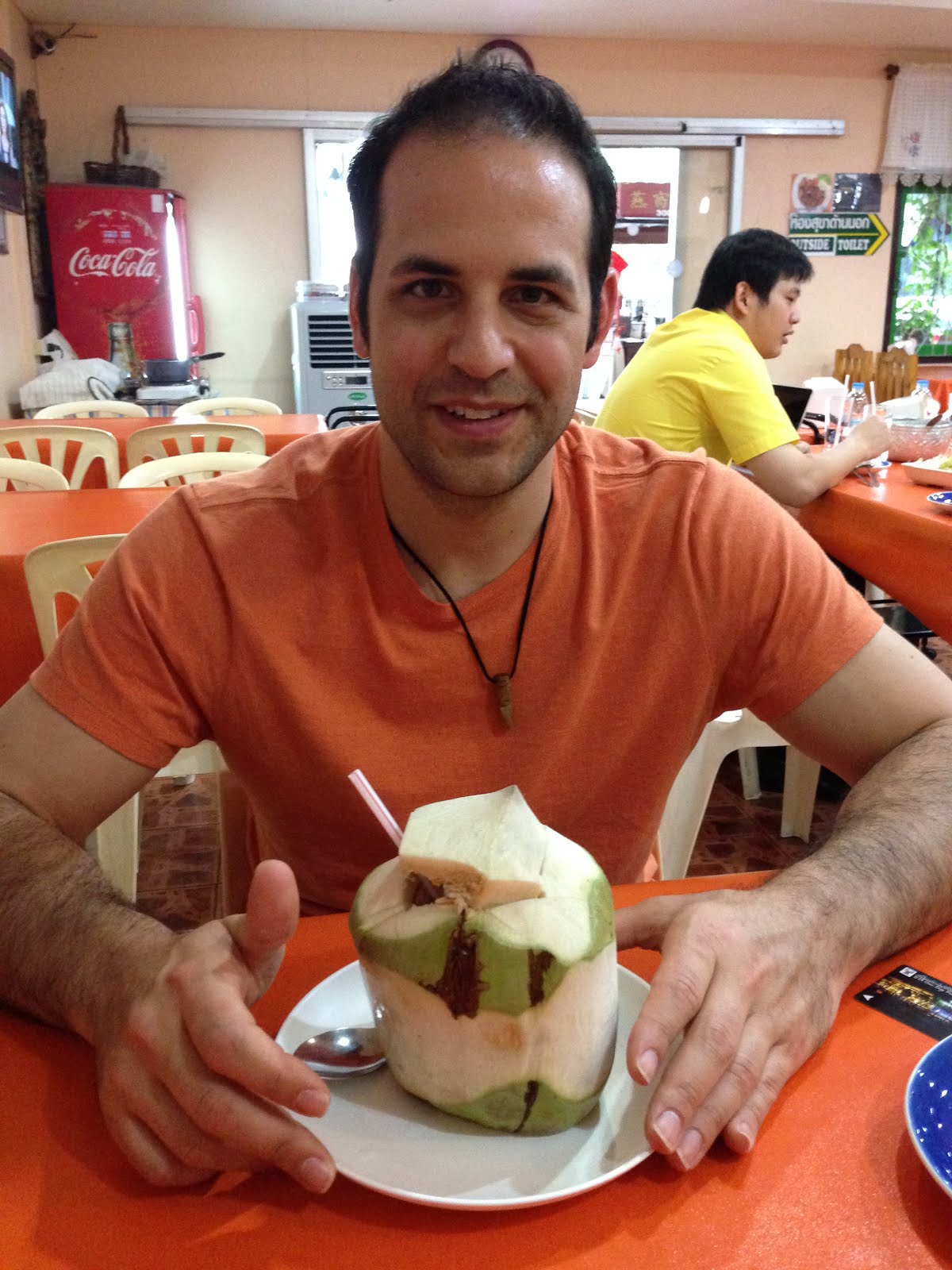